You can read the latest issue of the October 2021 California Compatriot here. It should have also been delivered directly to your email inbox.

You can read the latest issue of the September 2021 California Compatriot here. It should have also been delivered directly to your email inbox.

You can read the latest issue of the August 2021 California Compatriot here. It should have also been delivered directly to your email inbox.

You can read the latest issue of the July 2021 California Compatriot here. It should have also been delivered directly to your email inbox.

You can read the latest issue of the June 2021 California Compatriot here. It should have also been delivered directly to your email inbox.

The California Society Executive Officers have met and finalized our goals for 2021. I am pleased to share them with you and ask for your assistance in helping to accomplish them. Work on these goals is already underway and I look forward to reporting our progress in the months ahead and to their ultimate completion.
CASSAR Goals for 2021
Short-term:
1.     Have Fun
2.     Chapter Visits
3.     Position Training
4.     Automate Meeting Minute Notes
5.     Find Chapter Activities Chair
Long-term:
1.     Communications
2.     Support current programs
3.     State Secretary workload
4.     Tax Preparation Assistance
5.     Storage Unit Evaluation
6.     America’s 250 Anniversary
Libertas et patria,
Brian Stephens

National Congress:
Plans for an in-person National Congress July 10-15, 2021 in Renton, WA are in the works. I would ask that you consider attending and represent California as a voting delegate. One of the highlights attending a National Congress is seeing the National Level Youth Award Contest winners and watching the Orations Contest finals. It is always inspiring to see such bright and capable young people who share our values.
Please contact Fred Schuster our State Secretary Schuster6789@aol.com to register as one of our 32 voting delegates. You will have the opportunity to vote for the new National Officers, including our California Compatriot John Dodd who is running for Treasurer General. You can also attend the installation ceremony of our two newest California Minutemen; Lou Carlson – Class of 2020 and Kent Gregory – Class of 2021. The Minuteman installation ceremony is quite impressive.
More Congress information is available at: https://www.sar.org/congress/renton-washington-2021/.

You can read the latest issue of the May 2021 California Compatriot here. It should have also been delivered directly to your email inbox.

It’s been a Great Year… despite COVID-19! 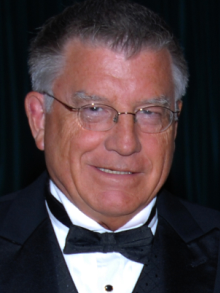 While we were never able to hold an in-person meeting during the past year, we became accomplished at using video conferencing and conducting virtual meetings up and down the state of California and drawing in many members who previously had not been able to attend meetings. Frankly, I think these meetings proved to be a huge success in carrying out our mission and engaging with our members.
We sorely missed the comaraderie that goes with face-to-face meetings: the many friendships that are created or renewed in meetings, over lunch and dinner, or in the hospitality suite. And, who doesn’t miss the pomp and circumstance of the gala banquets!
I was privileged to work with a great group of senior officers, program chairmen, and chapter officers while attending a ton of Zoom meetings. I become a regular at a number of Chapter meetings up and down the state. I also got to sleep in my own bed every night and lost a few pounds by maintaining a regular stay-at-home workout schedule.
During the past year we established a few new processes. I held monthly Operating Committee meetings with your senior officers. Brian Stephens published three editions of the California Compatriot as well as negotiating and then renegotiating hotel contracts for the semi-annual meetings. Fred Schuster chaired annual dues and reconciliation briefings for chapter secretaries. John Ferris and Jim Klingler chaired compliance meetings for chapter treasurers. Jim Klingler organized a Speaker’s Bureau of members willing to give presentations via Zoom to chapters throughout the state. Craig Anderson was my righthand for Zoom contracts and doing whatever was needed when an extra set of hands was necessary.
I must also give kudos to the other officers, program chairs and committee members who lend their time, experience, and professional expertise to make your California Society function smoothly. Matt Bowdish and Charlie Frye gave presentations at chapter meetings throughout the state. Terry Briggs and his team of volunteers completed data entry into the Patriot Research System of 8,000 record copies for California compatriot ancestors. Our Youth Program chairmen kept our Orations, JROTC, Scouting, Knight Essay, Brochure and Americanism Poster contests all functioning without a hitch.
Thank you compatriots for a year well done! If you visit our Officers web page at URL: https://www.californiasar.org/officers/ everyone named on that page has earned and deserves every thank you and kudos you can give them.
We have a great California Society and I only hope that I have done you and my position justice during the past 12 months.
May God Bess each of you and the SAR,
Donald B Littlefield
President
California Society Sons of the American Revolution 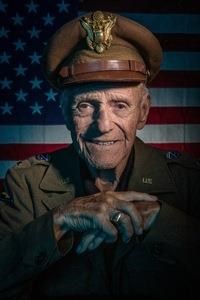 George Edward Key, patriot, San Clemente resident and one of our nation’s greatest generation, passed away peacefully on New Year’s Eve at the age of 96. Born in the U.S. Panama Canal Zone, George learned of his family’s Key lineage early in life. (More about that later!) He enjoyed an exciting childhood in Panama: roaming the jungle, machete in hand, occasionally dragging a snake into his mom and dad’s house, much to his mom’s horror. While he was still young, his parents departed the Panama Canal Zone in search of a new place to live. They drove across the U.S. looking for a perfect place to call home. They soon found Glendale, CA was the spot! George grew up there and played high school football and basketball all 5′ 6″ of him. Then World War II broke out and, after a year of community college, he enlisted in the Army in 1943 to train as a combat engineer. He was among thousands of U.S. troops who landed on the bloody beaches of Normandy on the June 6, 1944, D-Day invasion of France; setting out to rescue Europe from Nazi oppression. In D-Day’s aftermath, George risked his life well into the following winter: surviving the bloody, bitter-cold Battle of the Bulge. Years later, he also served in the Korean War. While he did not talk about the difficulties and horrors of war, he was one of the many of his generation we call the “Greatest Generation” for good reason. After the war, he returned to Glendale and married the love of his life, Mary Margaret Novinger. Together they raised three children: Georgia, Carol and George. George made a career with Glendale’s Department of Water & Power. And after raising his family and residing for decades in Glendale, George and Mary chose San Clemente as their retirement home. Overlooking the 17th green of the golf course, daily golfing was their plan. George’s goal was to be a zero handicap and he almost made it, getting down to a one handicap. He and Mary remained lovingly married 51 years until his beloved life partner passed away all too soon. Over the past 25 years, it would be difficult to remember anyone in San Clemente more exuberant or reverent about the American flag than George Key — the great-great-grandson of Francis Scott Key, author of “The Star Spangled Banner.” Our flag carried a special significance to George as it served as a reminder of all that has been sacrificed for the nation he loved and the opportunities he had been given. Among his many patriotic endeavors, George spoke at schools about the flag’s heritage. He helped organize San Clemente’s annual Memorial Day and Veterans Day observances; was a sought-after guest speaker and laid ceremonial wreaths. He addressed civic organizations about the history of “The Star-Spangled Banner.” And he co-founded a program in which people who owned a frayed flag unfit for display could have it retired with dignity. In addition, he created a program inviting family of deceased veterans to honor their loved ones by flying the veteran’s casket flag over City Hall. In 1998, George organized local fundraising to help the Smithsonian Institution restore a giant, 15-star American Flag that had flown over Baltimore’s Fort McHenry during the War of 1812. This flag was the inspiration for “The Star Spangled Banner.” George was active in the Veterans of Foreign Wars (VFW), as commander numerous years; the American Legion, Military Order of the World Wars, Sons of the American Revolution, Rotary Club, Character Counts festivals, Neighborhood Watch, and Retired Senior Volunteer Program. He was also past President of the San Clemente Men’s Golf Club, past President of the San Clemente Lawn Bowling Association, served on the Planning Commission for six years and was elected to the Tri Cities Water Board. He is survived by his loving family of daughters, Georgia Smith (William), Carol and son George (Debbie); grandchildren Kelly, Kody (Kara), Christopher (Meleesa), Jillian (Jason), Chad, Rachel (Josh) and nine great-grandchildren. A military memorial and celebration of life service for George Key will be held at a much later date, when people can safely attend. For those wishing to make a donation in his honor, his family would appreciate you supporting the VFW, ASPCA or Alzheimer’s Association. 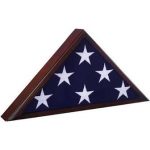 The Winter 2021 Issue of the California Compatriot has been posted. You can download it from the Compatriot Page at http://www.californiasar.org/compatriot/